Last month, my family and I traveled to Seattle for the first time and visited the Wing Luke Museum of the Asian Pacific American Experience, located in the Chinatown-International District. As Asian Americans, the idea of a pan-Asian Pacific American museum was exciting because we had never seen or heard of one before. Having said that, we weren’t entirely sure what to expect going in.

The museum gets its name from Wing Luke, who served on the Seattle City Council and became the first Asian American elected to public office in the Pacific Northwest. He was a progressive advocate for underrepresented communities who inspired many, so when he died in a plane crash in 1965, the community created the Wing Luke Memorial Foundation and built a pan-Asian museum to honor him. According to their website, the museum’s mission is “to connect everyone to the rich history, dynamic cultures and art of Asian Pacific Americans through vivid storytelling and inspiring experiences.”

The first room we visited was an exhibition titled, “Teardrops That Wound,” which features works by Asian Pacific American artists on the topic of war. My favorite pieces were Sarah and Phong Nguyen’s “Break Into Blossom,” which portrays “Little Boy” as becoming one with the Earth rather than destroying it, and Thomas Dang’s “Bombs Away,” a paradoxical installation that shows microbes, “a vital source for living things,” within weapons of mass destruction. There are many other works of art as well, all of which were very moving. The exhibition is open for viewing now through May 20, 2018.

The building that the museum currently inhabits was originally the East Kong Yick Building, one of many cheap hotels that were popular among early Asian migrant laborers. In the west lightwell, there is the beautiful “Letter Cloud” by Erin Shie Palmer and Susie Kozawa. You can watch their description of the installation here. 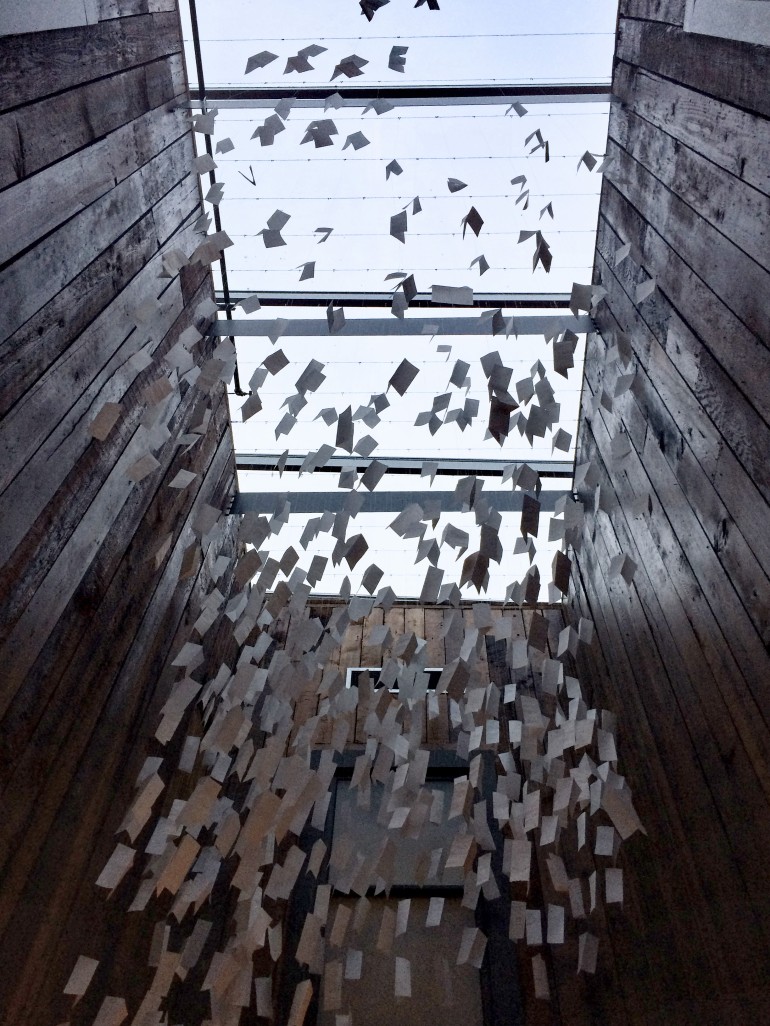 In the room next-door is a permanent display entitled, “Honoring Our Journey.” As a major port in the Pacific, Seattle was a popular stopping point for early Asian Pacific immigrants. This display explores the journeys of various ethnic groups to the United States, the trials and tribulations they endured, and the ways they have managed to hold on to their heritage and keep their traditions alive.

There were also rooms that displayed Community Portrait Galleries, one dedicated to a specific ethnic group. My family and I are Pilipino, so it was exciting to see a gallery dedicated to Pilipino Americans. There’s a timeline that follows the history of Pilipinos from the Philippines to the United States, specifically the Seattle area, portraits of Pilipinos and their explanation of what being Pilipino means to them, and an interactive portion where you can display your own description of what being Pilipino means to you.

In the neighboring rooms are galleries dedicated to Vietnamese refugees and immigrants, Cambodians, and South Asians in the Seattle community, all of which are ongoing exhibits.

Finally, we went to see the Bruce Lee exhibit. Although I knew Bruce Lee was a major Chinese actor and martial artist, I wondered why the museum put such an emphasis on him and his history. Then, through the exhibit, I learned that he spent much of his life in Seattle, moving there when he was 18 and studying at the University of Washington. It was incredible reading his handwritten letters and watching his old videos, learning about him in his own words. Photography was not allowed, but there was this quote out in the hallway, which happens to be my favorite. 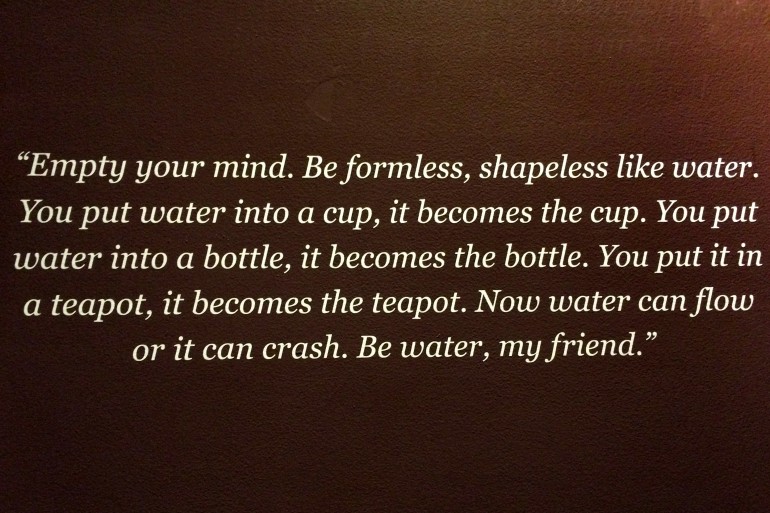 The Wing Luke Museum was definitely a highlight of our trip to Seattle. If you’re ever in the area and you’re interested in learning about parts of American history that aren’t taught in our schools, I highly recommend checking it out.